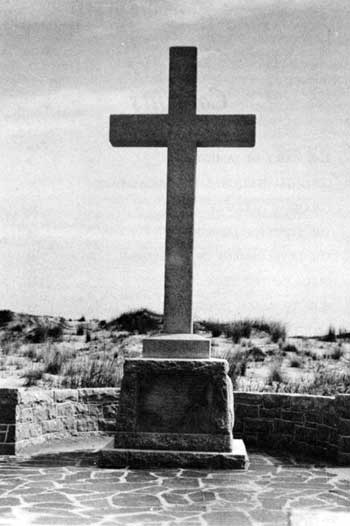 The power of our government is in the people.  We would do well to educate our friends, family, and neighbors—instead of politicians who pay lip service to our pleas—so they might become informed voters, not cult of personality voters.  We must also dismiss this ridiculous notion that exercising our morality against the conventional political wisdom will lead to disaster, so we must compromise our principles…that we must sometimes choose the lesser of two evils.

I disagree.  We must exercise our individual, God-given rights and choose the right path and trust in God for the outcome.  Choosing the lesser of two evils is still to choose evil.

John Adams wrote in 1798, “Our government was written for a moral and religious people.  It is wholly inadequate for the government of any other.”  There is no room in America for the lesser of two evils.  There was a time in America when we believed this.

“…No truth is more evident to my mind than that the Christian religion must be the basis of any government intended to secure the rights and privileges of a free people.”

Webster was not alone in his thinking. In fact, the seeds of his reasoning were planted long ago, inspired by the work of the Protestant reformers, in little colony in Jamestown, Virginia in 1607.  There, after assuming great risk, a group of English settlers came ashore and plowed a wooden cross into the sand and dedicated this land to Almighty God.  It was written in the colony’s 2nd Charter of May 23rd, 1609:

“…the principle effect which we can expect or desire of this action is the conversion and reduction of the people in those parts unto the true worship of God and the Christian religion.”

Similar sentiments were echoed in every founding charter of colonial America.  The settlers came in droves to the place where one could worship God freely.  Their faithfulness and inspiration would influence the men who would later found this great nation.

To know God and Jesus Christ was the theme woven through our nation’s educational system, for the Bible was every school’s textbook.  Those beliefs were passed on to succeeding generations by the 1st and 2nd Great Awakenings and the evangelism of Jonathan Edwards, George Whitefield, Charles Finney, D.L. Moody, and Billy Graham.

No nation on Earth has enjoyed the prosperity of the United States of America.  America’s blessings point back to her foundations and the Providential Hand of Almighty God.  Her great spiritual blessings unfolded by remarkable design.  So also her Constitution and the great freedoms it guarantees.

With grateful and humble hearts, Americans once honored God—who had granted this nation blessings and freedom.  But slowly, Americans changed.  They began to attribute their blessings not to God—but to men.  And God-fearing people let them.

I suppose you can blame almost anything.  We can blame the Bible critics, the modernists, the liberals, the Marxists, the Socialists—anyone else we choose—but a large amount of the blame must be placed squarely on our shoulders.  We have not protected our God-given heritage.

God-fearing Americans watched in silence while our leadership abandoned our moral foundations.  Most said nothing while God was pushed out of our society and confined to our churches…and today they are even trying to drive Him out of those.  We sat idly by while they took the Bible out of our schools and told our children they could not pray.  Standing silent we let them say, “We don’t need God anymore…we can do it ourselves.”

For some reason, it became taboo to bring the values we learned in our churches and were passed down from our forefathers into the halls of our government. Our religion and politics were so interwoven at one time that Alexis de Tocqueville said that in America religion “was indispensable to the maintenance of Republican institutions.”

We must recognize that our fight to restore our Republic is a spiritual battle also, to be fought with spiritual weapons of warfare: truth, righteousness, peace, faith, salvation, and the Word of God.

The political issues of the day are the moral issues of the day. We must not be afraid to mix society, religion, and politics. We must unapologetically confront our societal challenges with moral clarity, with--as the founders said--a “firm reliance on the protection of Divine Providence.” Tim Lajoie is a graduate of Boston Baptist College, Liberty University, and Liberty Baptist Theological Seminary. He lives in Lewiston, Maine. A U.S. Coast Guard veteran, Tim has spent the last 30 years in the criminal justice field as a law enforcement, corrections, communications, and police chaplain. He has earned a M.A. in Management/Leadership Studies, M.S. in Criminal Justice, and M.A. in Theological Studies. He has completed doctoral coursework in theories of crime. He is a former adjunct professor of social sciences and a former Lewiston, Maine city councilor. He has been married 30-plus years to his college sweetheart, he has two grown children (daughter and son), and four grandchildren. View all posts by Tim Lajoie